Updates, Me, and Why Pandemics Suck

You’re probably have been wondering where the posts have been for the past few months. So have I. In fact, I’ve got some I need to edit and start posting. Some are from my old site, some are things I’ve been working on but hadn’t had time to upload. I need to hand them over to the magnificent Crystal Storm to take care of, while I do some work for her. (We do that– help each other out. It’s an awesome thing.) But I miss posting my comic reviews, my witty takes on the moment, and even having regular time for my tarot videos. But in March– the world went nuts– though that’s not the complete truth. In fact, that’s when the world FINALLY got real about what was going on. Let’s talk.

In March, the US went into lockdown mode, as had Europe, Asia and other countries to prevent the spread of Covid-19, aka the novel coronavirus, that was infecting and killing many people. Thing is, we had warnings about this virus in January, but our President (A pox upon his house) didn’t respond to it and had disbanded the team who would’ve taken measures for our nation a year before. What does it mean for me regarding this? I have friends around the world. People I know and trust with information that I need to know. So, back last year, I’d been hearing things about a sickness, a possible H1N1 scenario, and I was concerned. I had friends I worried about. More, I REMEMBERED what happened during H1N1. I started speaking to some friends online whom I’m very close to about it, expressing concerns. Why? Because I was worried about them- they weren’t around me where I could protect them. (Not logical, but when it comes to those I care for- logic ain’t always a thing.)

I’d just moved from my home of 20 years to my new home in a new state and little did I know my New Year’s gift would be walking pneumonia. GO ME! So, as I started learning more in January and February about this virus, I got nervous- worse, I knew from my years in healthcare, this would be bad, really bad. I started talking to those close to me what to expect if it reached the US and the places they lived, what precautions might need to be taken, and how careful I would need to be. Yes, I started planning in January with my plan of being safe. As we heard of cases in China and then in Europe, my fears grew. I hated it. With everything else happening in the US, I knew the potential for this to be horrendous was overwhelming. My friends tried to be reassuring, but honestly, I knew they felt the same way, even my overseas friends. Bless them so much for having my back during Jan-March. Without them, especially in those early months, I don’t know if I’d be this good right now.

When the World shut down in March, I was relieved in one way- I thought, “This will give us time to flatten the curve. We’ll get a handle on it. People 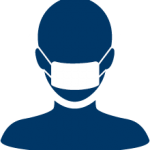 will get REAL on this and understand just how deadly this virus is, especially before it mutates and starts spreading faster.” I was…wrong. I forgot people nowadays are instant needs people, a harmful way to be. We used to be more patient with each other and with our own selves. Somewhere in along the last 25 years, we’ve lost that. People began chafing within a couple of weeks or so. The kids weren’t the problem, it was the parents, especially those who weren’t used to dealing with kids or themselves being alone, being without others for long periods of time. Suddenly, mental issues, actually having to face one’s own self–got to be problematic. AITA has become popular to read online. (It is both amusing, angry, and heartbreaking. Sometimes to the point I feel very angry- so I have to keep away from most of them.) But I noticed the problem among those who were still at risk- the lack of protection. It was something most of started noticing. It made me worry for when I KNEW the damn as White House and businesses who didn’t want to pay for unemployment(which they NEVER do, even though they legally have to do it) started forcing people back to work, especially in right to work states. (Which is why everyone who says unions are evil– THIS is why right to work states suck. It’s why unions are NOT bad, it’s why you ONLY have a 40 hour work week. Do your fucking homework– it’s called GOOGLE, BING, DUCK DUCK GO!)

So, luckily my boss and I are the only ones in my office. We had closed the office back in early March. We mask up if anyone comes to the door. We make them back away to talk to them. We STILL don’t let anyone in. My state is one of the ones who are BLOOMING with Covid cases right now. (I am NOT happy with it and I will tell you right now, the governor and Lt. governor have a LOT to answer for with their silly, childish antics). Yet, with all that’s happened, I’ve ended up with bronchitis TWICE due to sinusitis and severe allergies, once sending me to the ER. The ER visit was…scary. Like, “I don’t want to be here and get COVID” scary. But the hospital staff were fabulous and my doctor was outstanding, thorough and he didn’t talk down to me, was honest and aboveboard with my risk. More important, he and I spoke on how to be safer since I’m high risk. At that moment, for once since last year, I felt like someone understood why I was antsy, panicky, and why I was stressed to the Nth degree about this whole pandemic. He also understood why my not being able to breathe and the wheezing was getting to me, especially when I didn’t have normal bronchitis symptoms. When I left the ER, feeling 100% better, I also felt I better had a handle on what I needed to be safe going forward.

So, what does that mean on the updates. One thing that’s been a recurring theme online and more- people at home during the pandemic suddenly being very overwhelmed with kids, working from home, and more. Me- none of that. However-I have been overwhelmed since January with realizing this pandemic was coming. With the reality of my life shifting and just how bad it could be if I got it. Making plans to make me safe. Stressing about friends worldwide who could actually die from this virus. It was enough to make me stop filming, though I wrote more, did more comic writing and editing, and ended up deciding to learn to letter comics. Lettering is fun, but there’s definitely a learning curve. The lettering works well with my editing skills so I can see more of what I do as a writer and editor and how it translates to the comics page more efficiently. It’s a huge step, but one I’m enjoying VERY much. Big shoutout to the Kubert School for their awesome classes! It’s where I’m taking my lettering class and learning so much from the amazing Taylor Esposito. If you’re not following him on Twitter, you’re missing out. (He’ll tell you to follow him on Instagram, but I’m too lazy for that, though with lettering, I’ll probably be on that more. Oh Gods…I’ll have yet ANOTHER platform to be on!)

So, what does this mean for my tarot readings? It means I need to get my ass in gear- shit is changing so fast in my world and I have NEW DECKS to 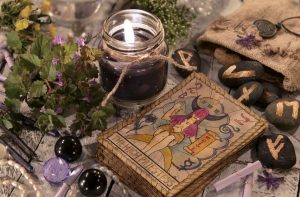 showcase. OMG, plus the readings I’ve been doing for my clients have been just…let’s just say, I need to be able to showcase more for people everywhere. My abilities to read have grown, I’ve grown, and in turn, I need to give back and at the same time, I need to also do more. Which is why I’ll be doing my own form of Patreon type thing where people can support me and in turn be able to have better access to me. Weird, I know, but let’s just say- it’s easier for me to have that kind of thing where I’m held accountable in some ways. It’s something I’ve talked about with people I admire and I find it helps. More- I find that in turn, in this pandemic, being accountable makes me productive in other ways. I finished editing a big book and I’m editing another book currently. That’s on top of lettering class, writing a 5 page comic for a contest, working on a story idea, my daily job, and doing some other ideas that need doing- including a comic idea with some great friends. In other words- I’m productive- I just need to structure things better.

The other thing is –I need my reviews to move forward. I MISS THEM. So my goal for the blog is simple- try to do at least one to two comic reviews every other week and get back to posting at least one to two blog posts a week as well. I need to get this back to where it was before. I need this writing normalcy here as well as the other things. I can’t be just focused on one aspect while forgetting the others. It might make it easier for Crystal, but it makes it less easier on me and my mental stress. I need to make a list of things to do and when. Even take a day or two and prewrite things, upload and forget for a month. It’s what many people do. I used to do it all the time and then I’d be ahead of the game with less stress. I might have to start planning things that way again. 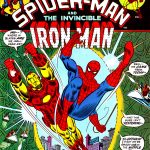 This pandemic took a lot out of me and honestly, this pandemic is NOT going to go away. We need to be honest with ourselves and stop trying to plug our ears and deny it. This is going to change our way of life. Just as WWI changed the class system in the UK, just like the Industrial Revolution changed the way the world worked and lived- this pandemic will change HOW we do things PERIOD. It’s time to GROW up and be the adults we need to be. It’s time to be compassionate humans and to think of EVERYONE and less of  “…if it’s not about me and mine, I don’t give a shit.” The problem with that thinking is- eventually it’ll be about you and yours and you’ll have NO ONE on your side to help. You’ll demand it, but with how you treated others, you don’t deserve fuck. You’ll cry about the Golden Rule, but you’ve not lived it. You’ll be all about how you are a good person, a good whatever, but you’ve not practiced what you preached. So, it’s time NOW to start doing what you should be. You’re part of the human race. Act like it. Otherwise, you may find your fellow humans not wanting to treat you with the humanity you think you deserve- especially since you couldn’t be bothered to treat them with it first.