So, it’s been a while. I know I’ve not posted in ages, but there have been reasons. Pandemic, sickness, granddaughters in Florida, becoming a letterer, editing in comics, and I had some health issues. Today, I’m talking about the health issues. I know I normally talk about a lot of different things, but mental health and health issues are really important to me. So, take a seat and let’s talk a bit.

Back when my mom died, I had a major breakdown. How major? I took 3 months off to deal with it, have a hysterectomy, and ended up with Shango. It played havoc with my writing, my focus was shot, and it was the first time in my life I heard the acronym, ADHD, used in conjunction with me. My psychiatrist used it, pointing out how certain of my behaviours were textbook ADHD and yes, I had it. I was flabbergasted, did a bit of research, and promptly– disregarded it, mostly. (I did this when I was diagnosed with fibromyalgia. I denied it for a decade before my neurologist proved me wrong and I sobbed in both relief and in pain. There are times when I’m beyond stubborn, but that’s later.)

Turn to March 2020- we have the Covid Pandemic. People are staying home, working from home. I am working from work, but there are just me and my boss. (Blessed be the boss. He is grand, even when we both have moments.) Over the months, things started getting to me. Some of you know just how much and why, others– let’s just call it– too much empathy. Plus, I had Covid in March. Then I started showing #LongCovid symptoms. It sucked. It STILL sucks. Long Covid is like having long term flu, respiratory issues, and unable to think when by gods, you KNOW you know what you’re talking about but can’t find the freaking words. Long Covid is probably the worst thing in the world and as this pandemic continues, more of us are going to have it. It sucks. It was while I got my Long Covid diagnosis that someone mentioned some symptoms of ADHD to me. I casually responded that I was diagnosed many years back but hadn’t done anything for it. They recommended me to connect with some others on Twitter under the #ADHD #ADHDAutism hashtags.

What I found out, what I saw, it hit me hard. I discovered ADHD wasn’t one type, it was multiple types. And the one I related to most- was

the one most women had. More- most women were diagnosed late in life with having. Symptom after symptom, story after story, it was like hearing my life playing out before me. It HURT. I felt seen. I felt exposed. Finally, I made appointments because my depression was getting worse and I needed to put the ADHD to rest. But also, besides the ADHD, I was noting that some of my symptoms were on par for autism and the basic tests online for autism were recommending to be tested.

Short form- I have inattentive ADHD. I am autistic. I’m struggling to not be angry with those who should have picked it up. Because, I spent a good month being furious. Every time I tried to move off of being angry, I got worse. I finally had to let it out. I had to literally scream and yell that it wasn’t fair that I spent most of my life thinking I was a failure because people who said they cared and were supposed to spot these things– FAILED ME. That I was so good at masking and because I’m fucking smart, they failed to notice the problems that they yelled and said I had–which were caused by me being autistic and being an ADHDer. Part of me is still very emotional on this. I’m trying to move forward and be better because my grand girls deserve to have a grandma, Oma, who can show them what it means to be neurodivergent and cool.

Being autistic has been a big eye opener. Things that have always been Cynisms…my little quirks, I’ve discovered are common among other autistic people. Talk about a game changer. It’s common to be enthralled with a topic to where you become an “expert” on it. Some people move onto another topic, others remain lifelong devoted to that topic. Those special interests is a trait many autistics share. There have been other things too. Especially when it comes to the blank look I give people because I don’t get something. I’m smart, seriously. Like genius smart. But sometimes people will say something to be funny or to try to be impressive and it just goes right over me. Doesn’t even compute. Other people will talk about something emotional- to them, and I’m like, umm, ok. Not everything hits me on the same emotional level. Other things hit me super deep. Like cry over commercials, little animals make me bawl, and friends closing doors make me want to scream in anger because I feel completely rejected.

It’s been difficult letting down my mask. Letting people know who I am. Seeing me clearly. I’m stubborn. I need things a certain way to function at my optimal level. More, some change I thrive on, other change– hurts me because I can’t function through it. Most people think all I need to do is just pull myself up, buckle down, and I’ll get through it. It’s not that easy. It’s never been that easy. I get overwhelmed by sounds, by noises, by thoughts going a million miles an hour, by feelings that well up in me telling me that what just happened an hour ago was wrong in how I thought it was. That I should have stood up more for myself. When I get overwhelmed, I pull away. I hide. I don’t want to talk to anyone. I don’t want to be near but a few people. I feel like I’m the worst person ever because of the ableism that’s been drummed into me. I’m coming to terms with a lot of that. It is TOUGH. But I’m getting there.

So, that’s what’s been going on. You’ll be reading more on that here. Some about my writing, lettering, colouring, and more. The goal is to be more free spirited where I can. Gods be with you. Be safe, be strong, but be utterly you. 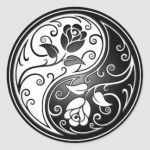